Asturias is an autonomous community of Spain, located in the north of the Iberian Peninsula. Bordered in the west by Galicia, the east by Cantabria and in the north by the Atlantic’s Cantabrian Sea. A high percentage of the land has some kind of environmental protection, with four biosphere reserves, one national park, five nature parks, ten natural reserves and over thirty natural monuments.

The mountains of National Park of Picos de Europa, a UNESCO biosphere reserve, descends sharply from peaks of over 2000m to sea level in only a few short miles. Directly along the coast are low-lying mountains that form a rugged shore. On the coast there are dozens of surf spots, some famous but most only known by the locals. 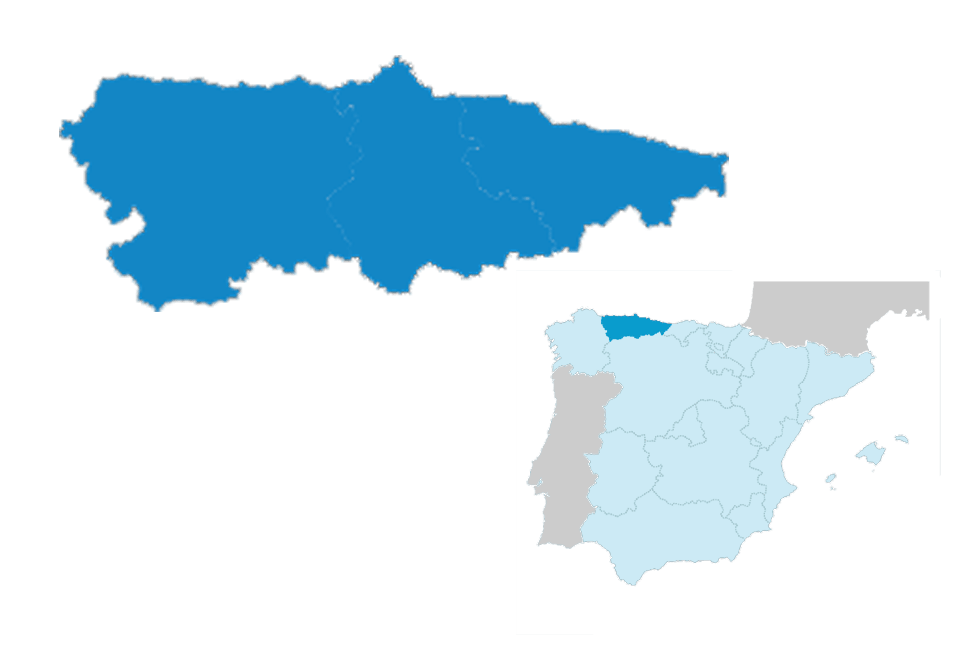 The Asturias region is called "Natural paradise", what exactly expresses the conection in between mountains and incredible coastline. You'll surf on San Antolin beach, the location of our surf school with all equipment needed. There is of course also posibility to explore other surf spots around.

Is in the typical Asturian house and complex of apartments perfect for bigger groups, with own bar, restaurant and large garden for chill after the surf session. The house and the apartments have own kitchen. It is situated in Naves village few minutes walking to San Antolin beach.

Surf lesson every day, material available during all the day for free surfing, paddle board lesson, beach voleyball, posibility of booking bar on the beach for party time and more of what you require …

If you want more information about the destination or the trips we offer in Asturias feel free to contact us.
The best secrets are those that are told in the ear.