Norway is synonymous for northern lights, midnight sun in June, land of the fjords, mountains, glaciers and national parks. Norway is also one of the last regions for some of the most interesting wild species in Europe (whales, musk oxen, king crab and white-tailed eagle).

But without a doubt and because of it's latitude, it has one of the best winter conditions for skiing or snowboarding.

For this we have selected the two regions that every skier must visit at least once in a lifetime, the Lofoten Islands-Tromso and Lyngen Alps, both located in Northern region. We could visit one of them or both in the same trip. This region is the largest in Norway, but also the least populated and many times the starting point for Arctic expeditions. 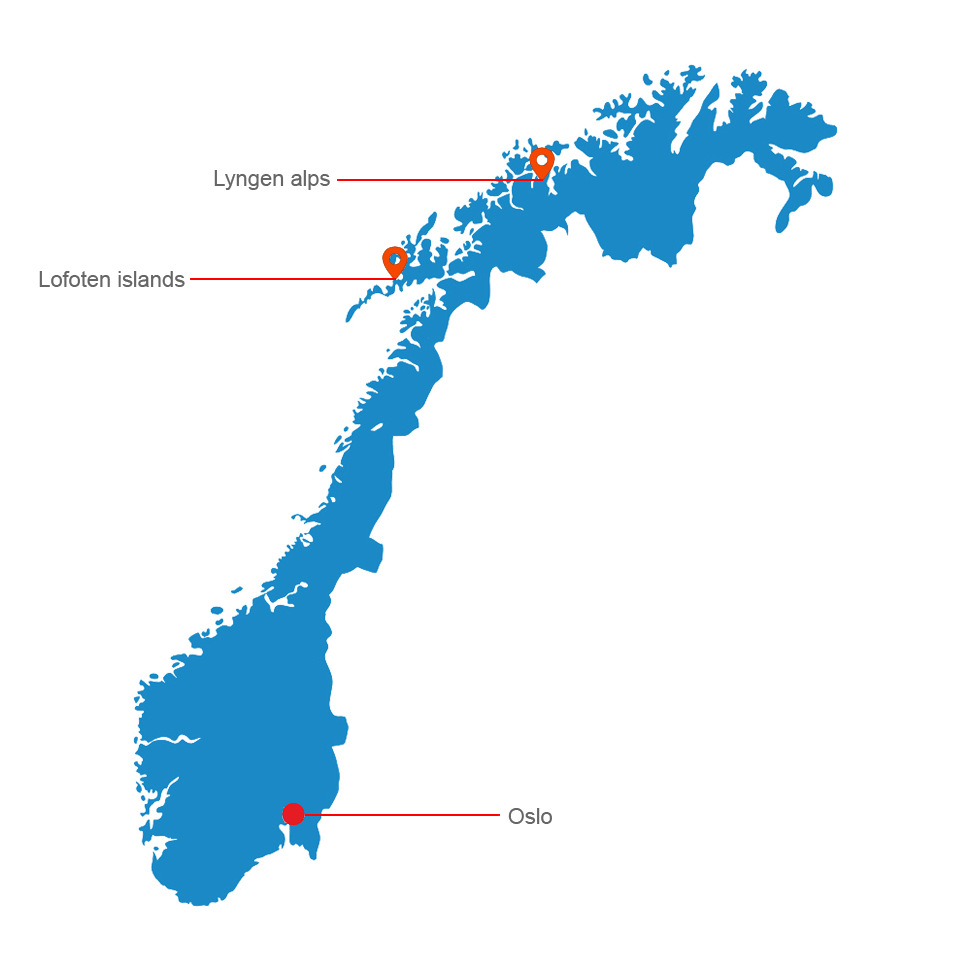 Enjoy skiing in its purest style

Reach dreamed peaks with the accompaniment of professional guides. With the help of the touring bindings and skins and the strength of our legs, we will obtain an intense sense of freedom. If we add this to the incredible wilderness that will surround us, accompanied by the silence only broken by the passage of the group, it represents the most authentic experience in the world of skiing.

The Lofoten Islands emerge from the turbulent waters of the Norwegian Sea, above the Arctic Circle.

This unique community in the midst of wild nature offers an uninterrupted landscape of majestic mountains and deep fjords. A trip that will take us along with our guide to know this amazing region with all kinds of mountains and difficulties, where most of the descents reach the seashore

The epicenter of this destination is the arctic city of Tromsø located north of Lofoten Islands.

Most people commonly call this vast region, the Lyngen Alps, but it's mainly divided into 5 areas: Tromsø Fastland, Kavaløya and Ringvassøya Islands, Kafjord Alps and Uloya Island and the Lyngen Alps. The latter have the steepest and highest mountains, which does not mean that it's here, where the best ski or snowboard is distilled.
The possibilities are endless, with lines for all levels in a unique scenario.

If you want more information about the destination or the trips we offer in Norway feel free to contact us.
The best secrets are those that are told in the ear.