The Kamchatka Peninsula is located between where the Okhotsk Sea and the Bering Sea enter the Pacific Ocean. This region is considered one of the largest wild areas on the planet, practically intact and free of commercial tourism, taking into account that until the 1990s the entry of foreigners was prohibited. It is undoubtedly one of the most beautiful regions of Russia and probably of the world.

It has more than 200 volcanoes, many of them active, which are part of the Pacific Ring of Fire and is a must-visit for volcanologists from all over the world.

Its communist and Soviet heritage is clearly marked in its architecture and culture. Its capital is Petropavlovsk, located in the bay of Avacha that gives us impressive views of both the Avachinskaya and Koryakskaya volcanoes, as well as adjacent peaks. 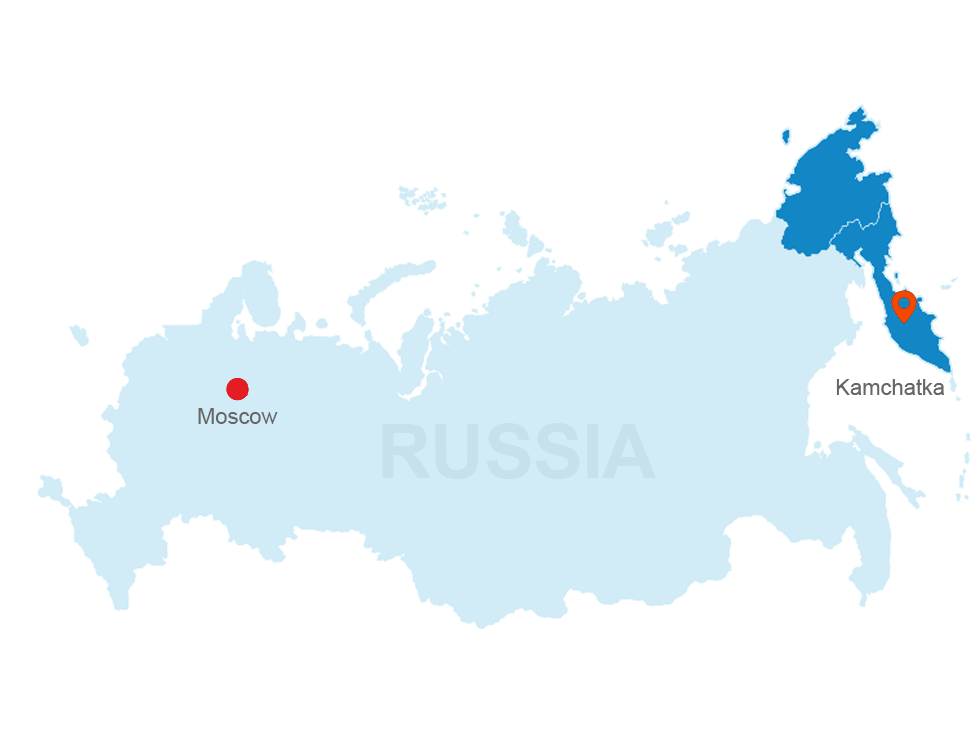 The skiable terrain is equivalent to the size of the country of Switzerland, skiing mainly on volcanoes and with fantastic views of the deep blue ocean. It is one of the snowiest places on earth, assuring quality and quantity of this precious asset. The Kamchatka Peninsula is the perfect paradise for any skier looking for adventure and nature without limits, representing the dream of the adventurous traveler!

Thanks to our collaboration with the team of Kamchatka Freeride Community, formed by "pro-freeriders", guides who are passionate about skiing and their land, we can enjoy unforgettable days of Heliski, with its legendary Mi-8 helicopters. Its terrain is almost unlimited and with infinite skiing options, making it impossible to count the number of possible descents for all levels. The mountain range of Kamchatka and its volcanoes extend for more than 800 km from the island of Paramushir in the south, to the volcanoes of Shiveluch and Alney in the north.

A perfect combination between Heliski and Freeride/ Touring. A combination of two days of Heliski and four days of freeride/touring skiing, idepending on the weather forecast and conditions, we will alternate the ascents with snowmobiles or skins. The accommodations will be in the city of Petropavlovsk and the town of Paratunka.

Sailing and staying in a catamaran and cast anchor in dream place. Shore with the help of a zodiac towards incredible days of the purest mountain skiing, plus the possibility of sailing with kayaks, will undoubtedly be an unforgettable experience.

If you want more information about the destination or the trips we offer in Kamchatka feel free to contact us.
The best secrets are those that are told in the ear.